THE UPND has described the arresting of its party officials in Lukashya as a ploy by the PF to derail the by-election after failing to marshal the required support.
And the UPND has accused Electoral Commission of Zambia (ECZ) commissioner, Emily Sikazwe, of having earlier hinted suspending the election in Lukashya and also disqualifying the candidates and parties causing violence.
This follows the arrest of UPND deputy secretary general, Patrick Mucheleka, and two others for alleged aggravated robbery.
Northern Province Police Commissioner, Richard Mweene, said that the trio allegedly attacked a mobile NRC registration office, stole a printer and generator, among other items.
UPND media director, Ruth Dante, said it was unfortunate that the ruling party had continued violating electoral rules.
“The ruling party is not only distributing cash and other material resources in an effort to entice the voters but also destroying UPND posters and chitenge flags displayed,” she said.
Ms Dante said that other than distribution of resources and money, the ruling party had no message to offer to the people after allegedly failing to fulfil the campaign promises of 2016.
She alleged that the PF was at pains learning that Lukashya, an area that was purported to be their bedroom, opened doors to UPND president Hakainde Hichilema and his parliamentary candidate Davies Mulenga over the weekend.
Meanwhile, Mr Mucheleka and two others party officials were arrested and charged with aggravated robbery by Police in Northern Province.
This is in connection with the theft and malicious damage to property that occurred on Sunday at a designated Mobile National Registration Card issuance center in Chitamba village.
Northern Province Police Commissioner Richard Mweene confirmed that the trio who allegedly attacked a mobile NRC registration office, stole a printer and genset, among other items were currently in custody.
He named the suspects as Patrick Mucheleka, Elias Mubanga and Samuel Ngwira who were picked by police in the early hours of yesterday.
Mr Mweene said police were still pursuing four other suspects who are on the run for the same offence of aggravated robbery and malicious damage to property.
Mr Mweene warned others intending to commit any crime in the province to think twice because police had heightened their approach in dealing with wrongdoings.
Meanwhile, Inspector General of Police Kakoma Kanganja has strongly condemned the action by the UPND cadres saying the process of issuing NRCs was done transparently and during the day.
Mr Kanganja further warned that police would follow the matter to the latter and punish all those involved in the fracas.
And Home Affairs public relations officer Nephas Chifuta said the equipment that was damaged and stolen at the center was to be replaced yesterday.

Lungu urges MPS to be humble 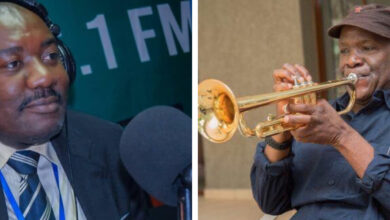 ‘Fred M’membe is a bitter person’ 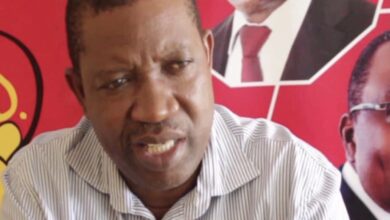 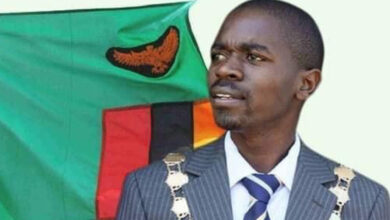 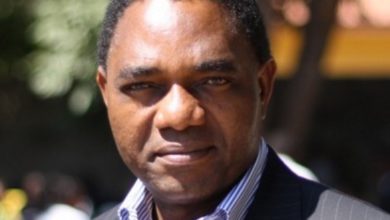 ‘HH is struggling to find running-mate’